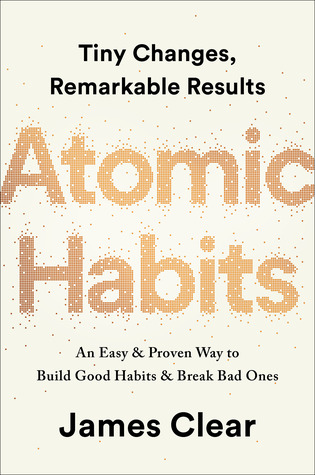 Maybe you just want to be the kind of guy who commits to something?
My friend Gabriel Tomescu

Gabe and I were part of a practice coaching session at Wave, and I asked for help on a question of whether I should go to the gym even at my advanced age, because what was the point of trying to stay in shape?

Gabe flipped the question; maybe I do want to be the kind of person who commits to things.

That’s pretty much the underlying theme of Atomic Habits; how to build habits so that you become the person you want to be;

He breaks down the parts of a habit into:

and if you can leverage these to either reinforce a good habit, or break a bad one. So far I’ve been using this (along with “habit stacking” of following one thing with a habit I want to keep) to make some progress. I’ve also used the “response” part of the cycle to make things easier or harder. For example, I deleted Twitter from my phone. Now when I have the craving, it’s difficult to respond.

The last part I found interesting: the compounding effects of small changes. He has this table.