Tom and his crew have started removing material from the inside of our house, and it’s quite a revealing process (see what I did there?) They say it’s going to take about three weeks, but they’ve already managed a lot of work in one. Amazing what four dedicated guys with crowbars can do.

When we were there on the weekend, they had done most of the work in the attic, and then moved on to the two main floors. 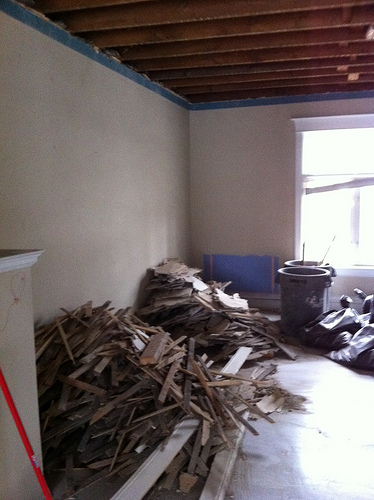 Half of the main floor has been removed, and some of the ceiling has been taken down. In the above, you can see they’ve removed the radiators (the blue patches on the wall) so that the rads can be reused once all the work in the walls is complete.

In the following, you can see that the support beam under the second floor joists wasn’t really up to the task, and the joists were beginning to sag a bit. Where the short 2x8 is, you can see the joists starting to flex away from each other. That’s why our plaster was cracking. This is all going to be beefed up. 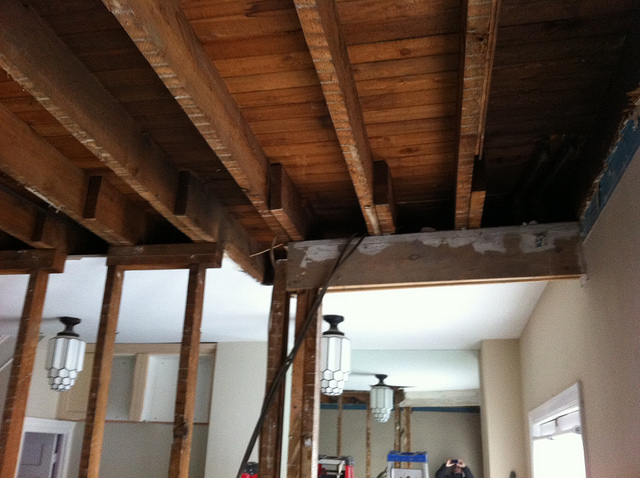 On the second floor, they’ve worked through our bedrooms and what will be the master ensuite. Very excited. 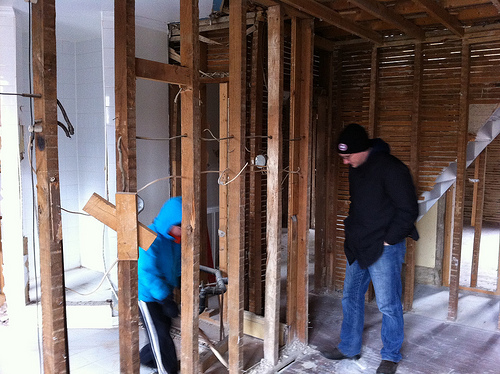 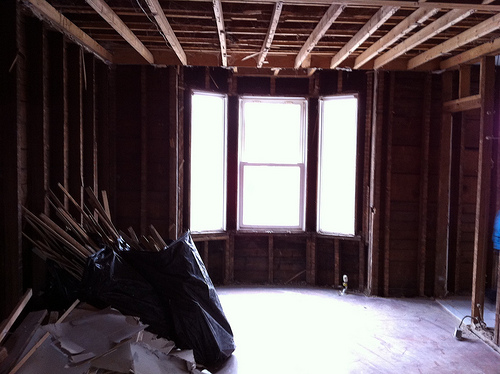 Finally, we are reclaiming the space on the attic balcony and making it back into a room. So they’ve removed the decking and are preparing it to be “reclaimed” space. 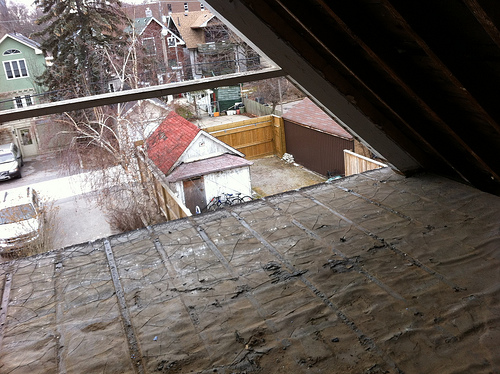 Seeing the house in this state confirmed our suspicions about what was going on underneath, and we’re happy we elected to do it all in one go. Even though there are some issues in the house, the basic bones are still good and we’re happy that we can get the solid house we want without having to change the shape or characteristics of the house.

« Finally Getting Going 10+ Days with Papers »