Well, I still don’t like November. However, with Joe Biden and Kamala Harris’s historic win, it’s starting to get better. 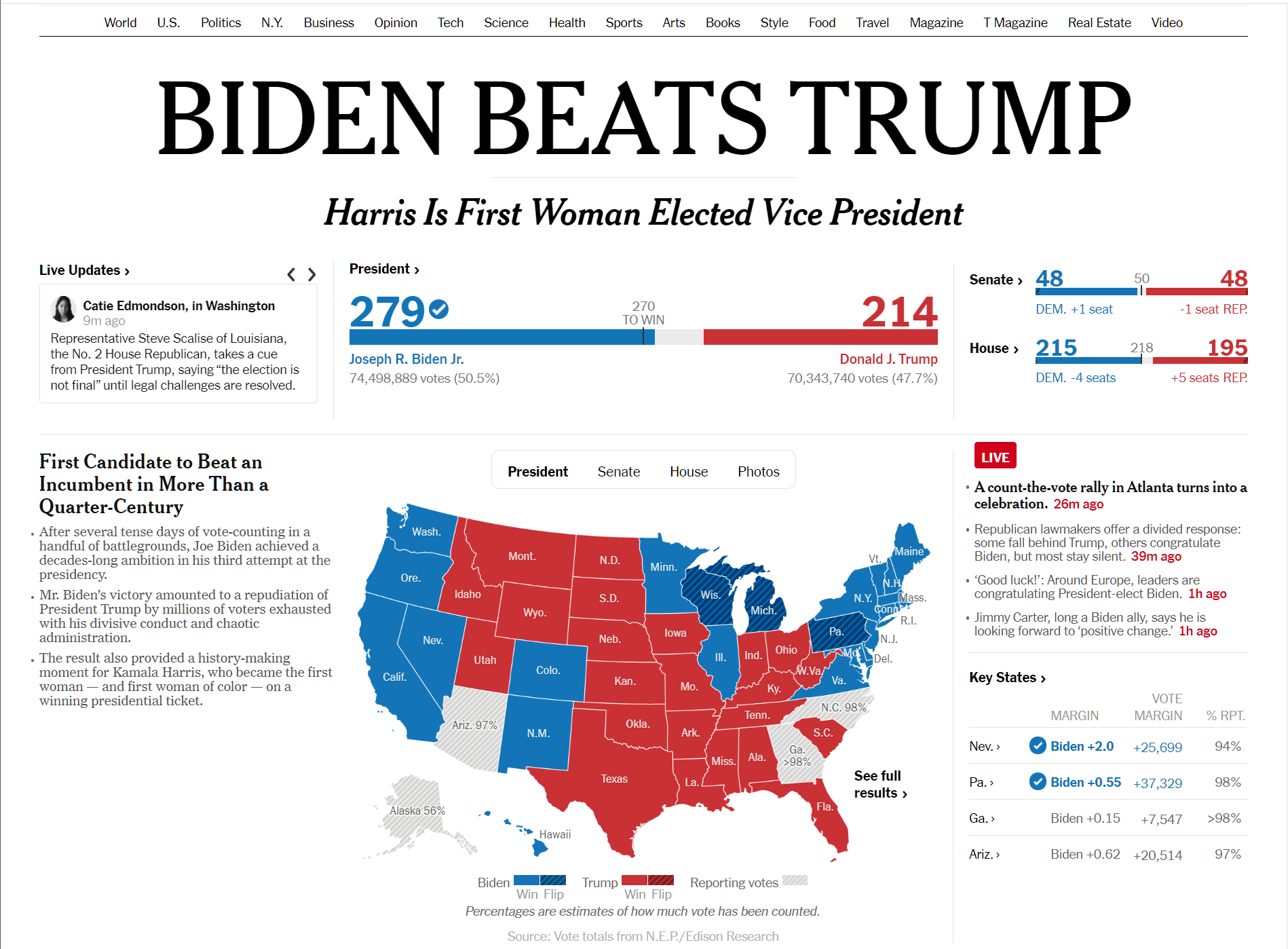 I don’t have much to say about either Biden or Harris. I think they’re relatively decent people who are also career politicians, and they’re not going to change the fundamentals of how the United States is run.

To be honest, that’s okay for now. Trump is such a disaster for the US, and the world, that anyone (anyone) who is a functioning human being is what we need right now. Trump is a con, a grifter, a thief, a fascist, and a racist. I eagerly look forward to never having to hear him again.

It was a long couple of days; I was privileged enough that I could attempt to not follow the election coverage Tuesday night and try to get some sleep. I woke up at 3AM in a panic and checked that … it still wasn’t decided.

And the election would be decided by painstakingly counting all votes, including mail-in votes that Republican state legislatures had tried to delegitimize by first passing laws to prevent counting them in advance, and then asserting those votes shouldn’t count because they somehow came in after the polls closed.

The election hinged on some incredibly hard work put in on the ground in those battleground states. Pennsylvania, Wisconsin, Michigan, Georgia. They nearly made Texas blue. That’s the future of the Democratic Party; not white dudes like me or Joe Biden, but the leaders on the ground like Stacey Abrams

I voted this election, even though my vote gets counted in Illinois, which reliably votes for the Democratic nominee. I just wanted to be able to say that I voted against that orange fuckhead.

But it’s not over. 70 million people voted for Donald Trump. 70 million saw the greed, grift, mismanagement, and self-enrichment of the last four years, and said “looks good, I want more of that.” Saw 10 million cases of COVID and 237,000 deaths and thought “that’s my guy.” Either straight-out racist, or somehow willing to discount that so they could line their pockets with tax cuts. Unfortunately some of those folks are in my extended family, and we need to have a talk.