I smashed those goals and it feels great to be honest.

My “Year in Review” on Strava says that I was pretty consistent throughout the year. Getting the Wahoo trainer helped with that, as well as with the distance goals. Kept up riding with the same group of folks; Mulley, Hatto, Mike, Rob, and Sacha. 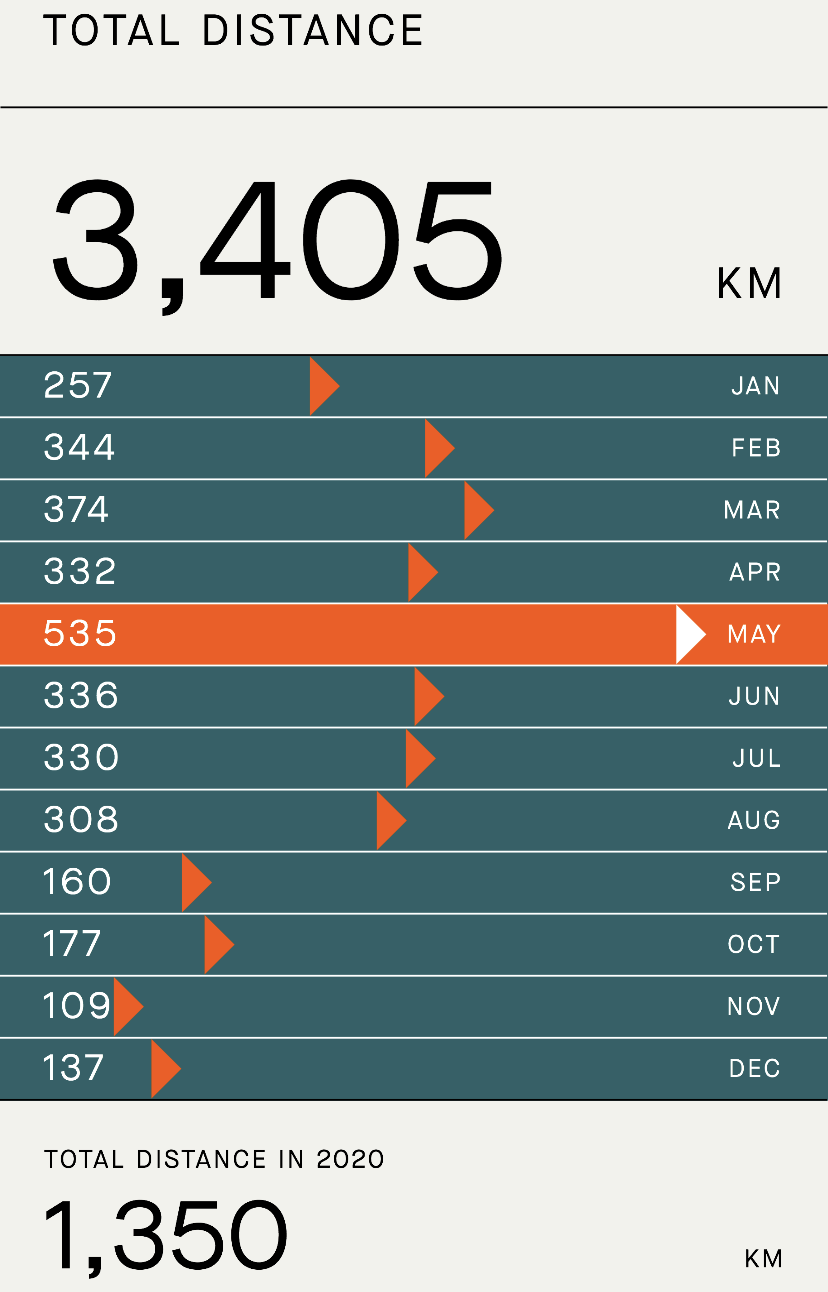 Also managed two (double!) 100+ km rides. The first was to Oakville in May. I slept in when Mulley, Hatto, and Sacha went the week before, so I pushed myself to do it the following week solo. Then in July, Mulley took us around Prince Edward County for a 120km out-and-back, stopping at four breweries along the way. Nearly killed Tim, but it was worth it. 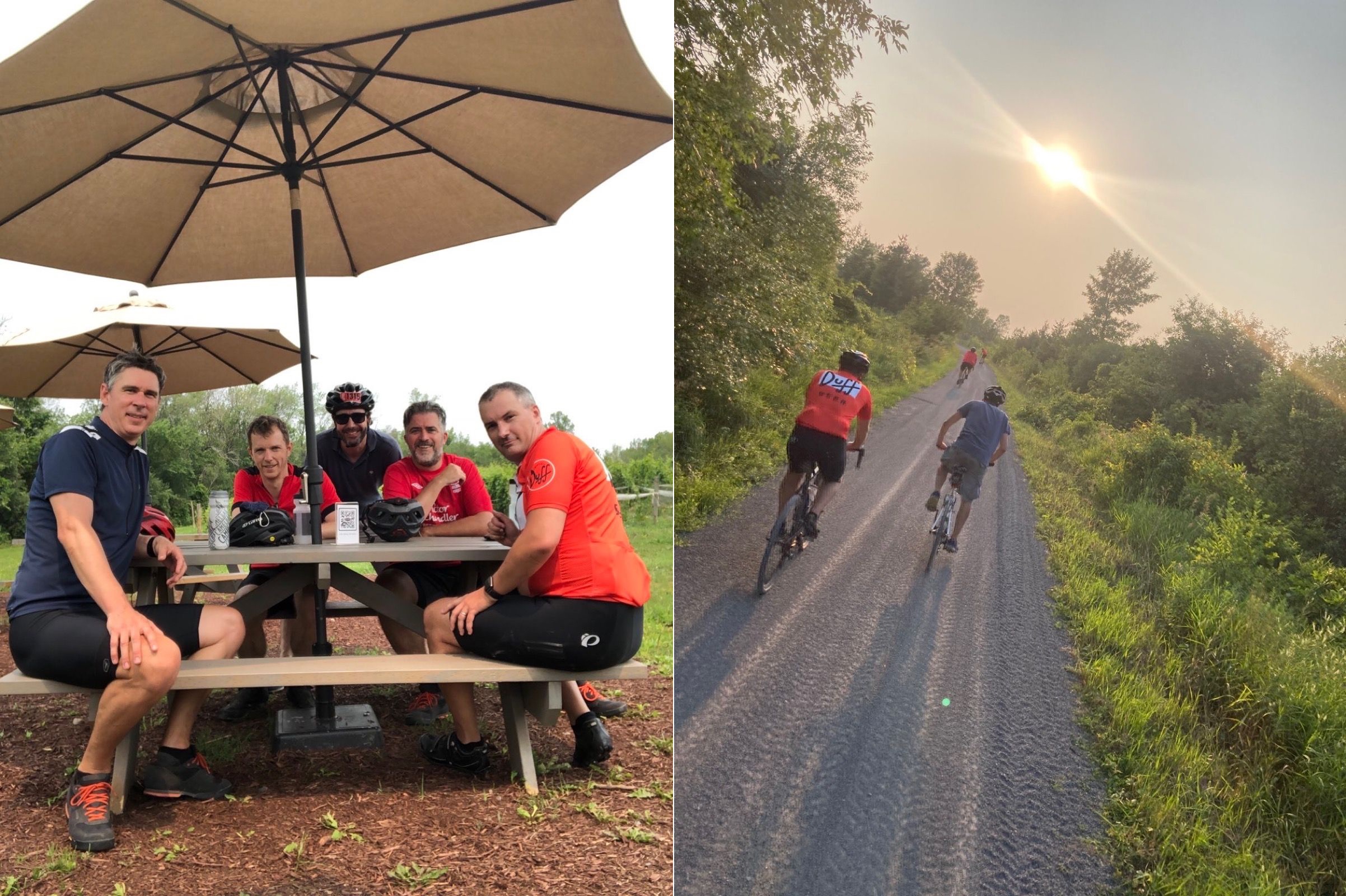 I was on the trainer in January and February, but the first real ride was a 30km loop in February. 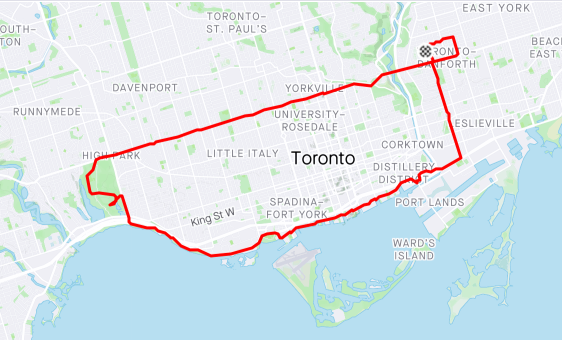 Last ride was on Friday! December 31st. Quick rip through Taylor Creek just to say I did it. Riding February to December in Toronto is a scary thing; climate change is real, folks.

I really liked that we tried some new (to us) routes this year.

Cindy and I rented the same cottage in Bobcaygeon as last year. Iain was at camp the entire time, so it meant I had a bit more time on my hands. Managed some rides up north, including 50km from Lindsay to Fenelon Falls on the Victoria Rail trail.

Rob found a lovely trail north of Eglinton that reminds him of Vancouver. 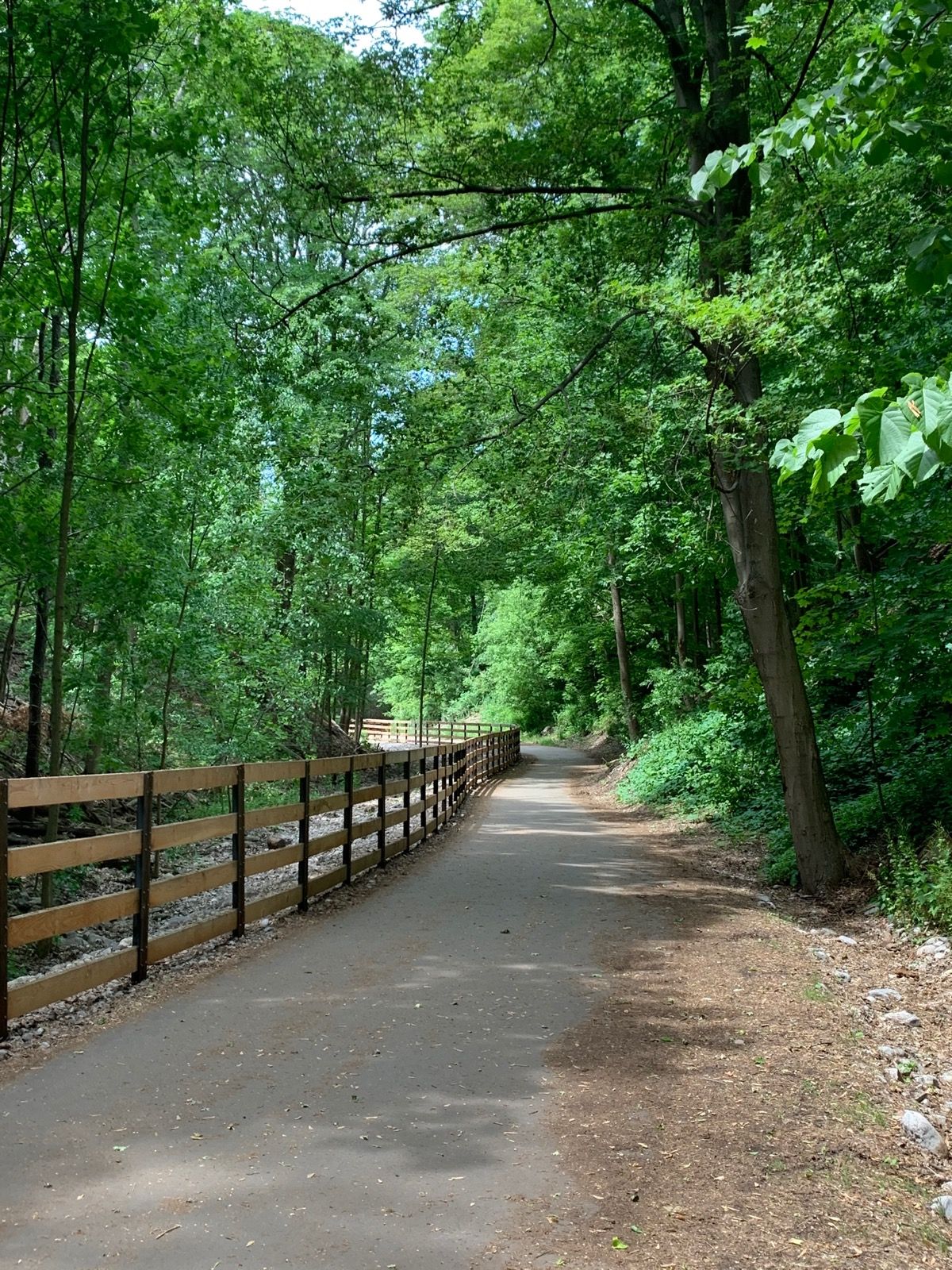 Finally, got out to Vancouver in September again, and rented a Norco from Cycle City Vancouver. Had that for about a week and did some rides along Ambleside, and then a few laps of Stanley Park. The photos were amazing 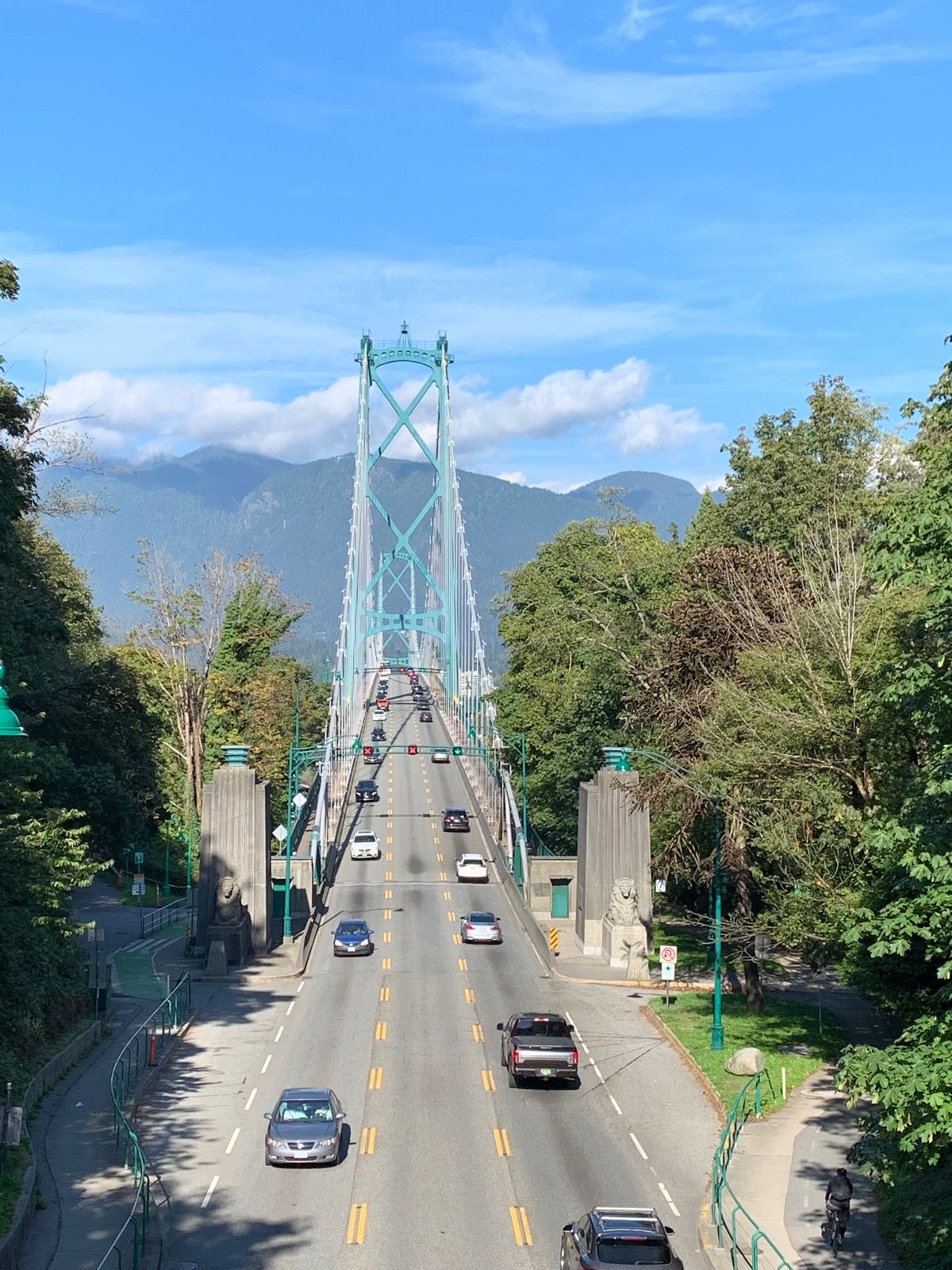 Looking forward to 2022, although my goals are getting up there. I want to

« The Year in Review Should We Even Do Resolutions? »