Slightly out-of-order post here. I wanted to go back and talk about how Tom leveled our floors.

As with most renovations of older homes, we found that the structure of the house had taken a bit of a beating with renovations that had occurred over the last 60 years. In addition, in that time, the back of the house had settled at a faster rate than the front of the house, which meant that the second floor sloped by 2 inches over the span of the house. Fortunately Tom had a plan to fix both of these issues.

Tom’s crew ripped up all of the subfloor to get a better look at the structure of the floor. The floor was built with 2x8 floor joists, which now would be considered below code. However, the wood used in the past had a tighter grain as is usually considered stronger than current floor joists. 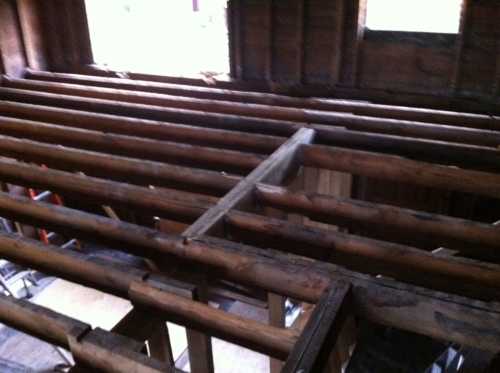 The much bigger problem is that the joists had been weakened by being notched to allow for plumbing and gas. In the photos, you can see some joists have had half of their material cut out! Not only is it dangerous, it leads to really bouncy and squeaky floors.

Tom fixed that problem by sistering 2x10 joints to the existing 2x8 joists. That basically doubles the strength of the floor and provides a level surface for both the second floor and the ceiling of the first floor. 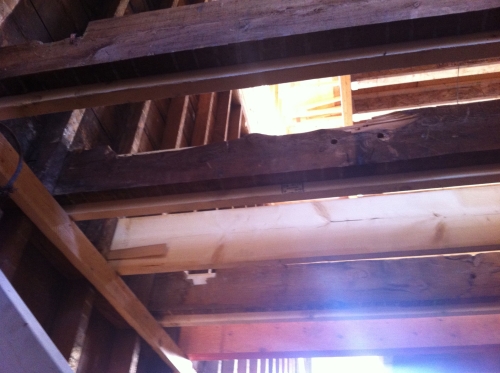 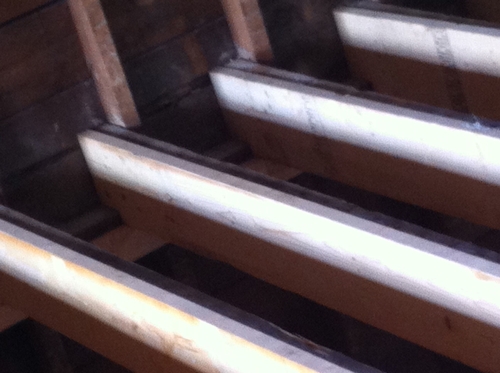 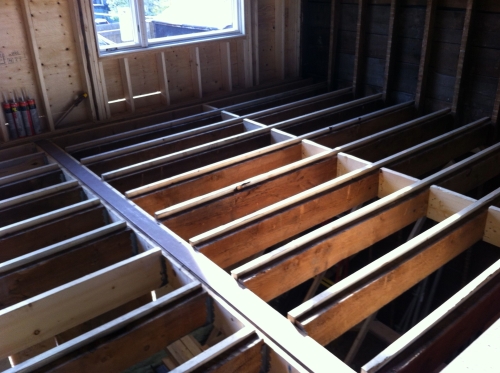