I was fortunate to work with the new Springer team to create parts of Papers3, including the author handling.

Papers3 uses some nice new .NET tech under the hood, most importantly ReactiveUI to make it as responsive as possible. 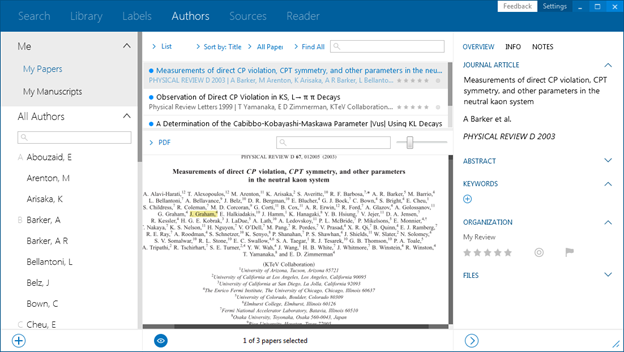 Tiago Margalho, the Lead for Papers for Windows, had some nice things to say about me.

I worked with Jim for about 1 year while maintaining an existing Papers for Windows release and afterwards when Papers 3 for Windows was built. During the project, he quickly adapted to using new technologies and practices introduced to the team. Besides having a great amount of experience, he is very dedicated and always puts an extra amount of effort into making sure things are done on time and as planned. He was an invaluable team member and I would definitely work with him again.